Today was the 2017 Herne Bay 10k, and after a week where I’ve run three races, all very hot and humid, a warm sunny morning was probably not ideal.

I had prepared, as always, the night before with an electrolyte drink and a bit of an early night…..those of us with children will know that early nights are not what they used to be. But I was prepared.

The morning was a lot hotter than forecast but there was a gentle sea breeze which made it bearable. That was until about 9:59am when any wind at all stopped and the sun came out.

The first few kilometres I felt OK and as you can see, I was sweating but still running. 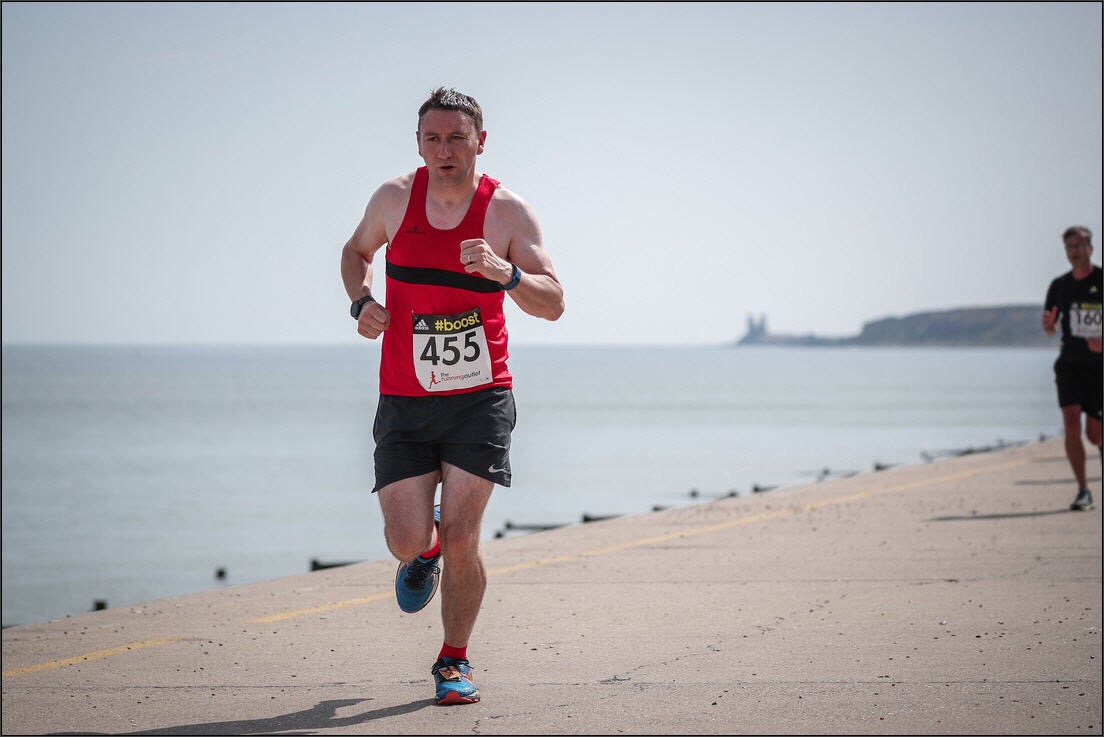 But after 5k I started to feel the heat and lose speed. In fact my splits in a recent half marathon were quicker. But I carried on and eventually finished in 43:13, which for me and the form I have been in this year was slightly disappointing. Even a pace of 5:40 (minutes per mile) for the last half kilometre couldn’t save the time.

At the end I could really feel the heat, I probably pushed it too far and felt a bit bad. But I soon recovered and thankfully I’d brought my own water as when I went to get a second bottle I was told only one per entry. A little bad planning, especially on such a hot day.  It is July after all.

The course and organisation of the race was good, the Marshalls were helpful and it was nice and flat, with the exception of a hill at about 8k. I would say, compared to others, it was a bit expensive.

One plus was the photographer, great photos and put available for everyone, not charging £20 a set like some do. A very nice gesture.

The rest of the day was spent on the beach relaxing and getting sunburnt even more.

At the end of an event I ask myself a couple of questions to help me decide if I would do it again…..

I think this would not be my favourite race, although it was flat and fast it is at a very hot time of year, the organisers cannot control the weather but if I did it again I’d check the weather forecast the week before.